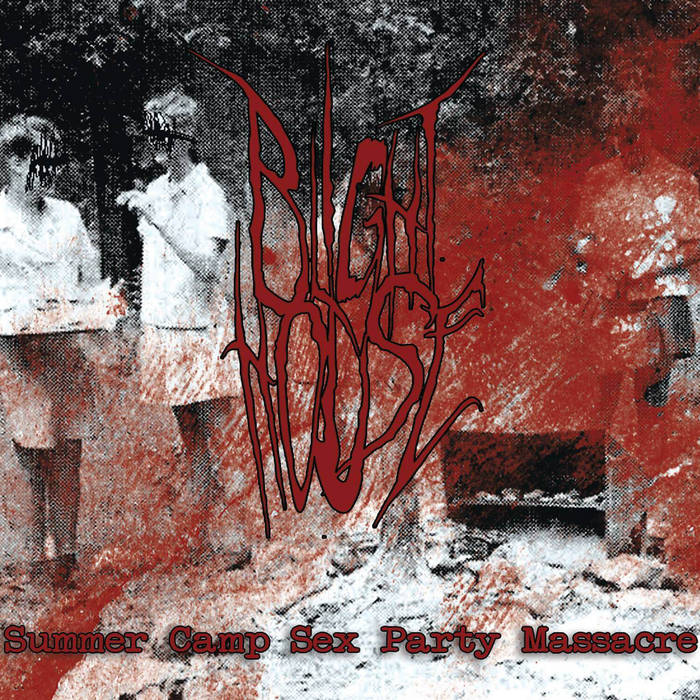 “Combines the likes of Agoraphobic Nosebleed, Pig Destroyer, and Napalm Death into something that is intense, massively over the top, surreal, dark and twisted.” – FRaME Music

“I can’t tell if this is the coolest, sickest, or dumbest death metal record I’ve heard this year. I can confidently go with “most unsettling” though, and that in itself has proven rather intriguing.” – Hans / Toilet Ov Hell

“an album loaded with enough slams, blasts and ways to describe disembowelment to last you a lifetime. If you’re into gory, brutal death metal, BLIGHT HOUSE have a unique take on the sound, throwing in bits of grind and enough horror samples to keep things fresh.” – Decibel Magazine

““What the fuck is this shit?!?” Those were the first thoughts running through my mind on my maiden spin of Rhode Island death/gore lunatics BLIGHT HOUSE’s Summer Camp Sex Party Massacre. Categorizing the band as death metal is merely a convenient reference point. This isn’t death metal. This is the soundtrack for the most brutal horror film you’ve never seen.” – The Void Report

““Immaculate Rejection” kicks like a mule, with big bounding and skull-whomping grooves guaranteed to bob your head like a piston, and bursts of viciously swarming riffage tailor-made for windmilling heads.” – No Clean Singing

Bandcamp Daily  your guide to the world of Bandcamp

MF DOOM is given his flowers, plus appearances from MC Jada Imani and Stanley Ipkuss